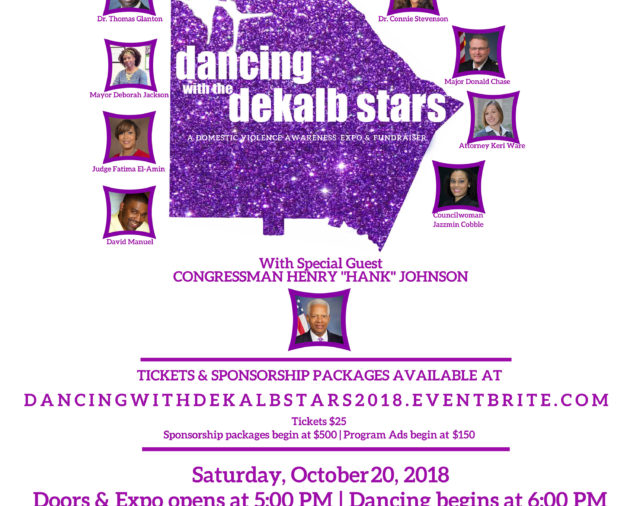 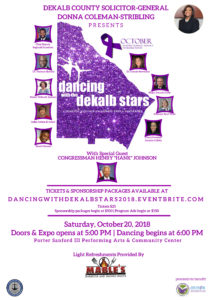 The dance competition features 9 teams, comprised of a dance professional and a notable member of DeKalb County’s legal, public safety, business and civic community. Performers include: 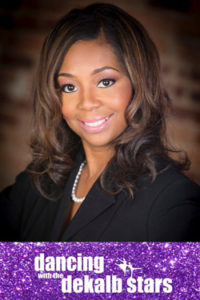 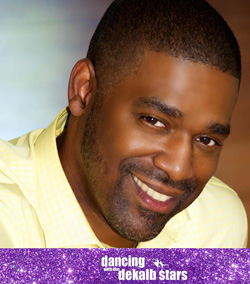 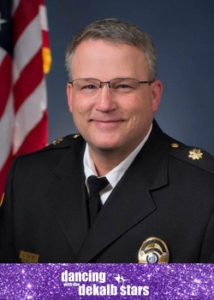 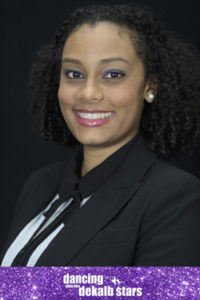 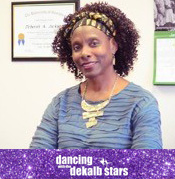 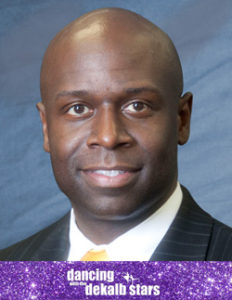 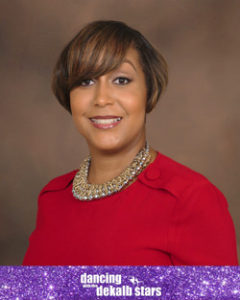 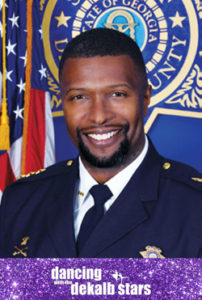 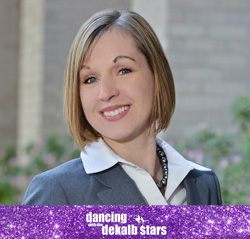 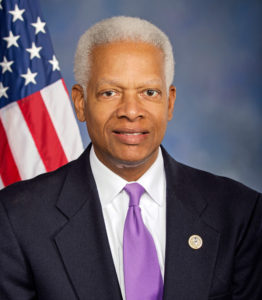 Congressman Hank Johnson will perform a special number in honor of the two non-profits – The Women’s Resource Center to End Domestic Violence and The International Women’s House – benefiting from the event.

In addition to competing for the championship title, the “DeKalb Stars,” will fundraise to support the two non-profits. The first team to raise the most money by Friday, Oct. 19, will be the Dancing with the DeKalb Stars’ People’s Choice. You can support your favorite, “DeKalb Star,” by donating through their Click & Pledge page.

Returning hosts of the event are the dynamic mother-daughter duo, Monica Maldonando and Veronica Maldonando-Torres. Monica is well-known in DeKalb County as the president and CEO of Interprint Communications; a marketing communications firm headquartered in Decatur. Veronica leads the Georgia Mentor Protégé Connection (MPC) as Program Director.

Judges of the dance competition are Emmy nominated producer, director and choreographer, Stepp Stewart; Principal and Artistic Director of DeKalb Elementary School of the Arts, Bianca Hamilton; Artistic Director for the Academy of the Arts, Susan McGhee Crawford; and Dancing with the DeKalb Stars 2017 champion and owner and attorney at Shah Law Firm, Parag Shah. Judges will decide the ultimate dance competition champion.

Dancing with the DeKalb Stars takes place on Saturday, Oct. 20, at the Porter Sanford III Performing Arts and Community Center. Doors open to the Resource Expo at 5 p.m., with the dance portion beginning at 6 p.m. A local barbeque favorite, Mable’s Barbeque and Smoked Meats, will provide light refreshments during the Resource Expo and intermission.

Tickets are available online at https://dancingwithdekalbstars2018.eventbrite.com for $25. Those interested in making a larger contribution can become a sponsor or purchase an ad in the event program. Sponsorship packages start at $500. Program ads start at $150.

“We saw an overwhelming amount of support from our community last year and we’re excited to be able to offer DeKalb another opportunity to support two organizations tirelessly working to end the cycle of abuse,” said Solicitor-General Coleman-Stribling. “We’re hoping with our additional fundraising efforts we’ll exceed last year’s goal and have a great time while learning how domestic abuse effects our community.”

For more information on the Office of the DeKalb County Solicitor-General, please visit our site at www.DeKalbSolicitorGeneral.org