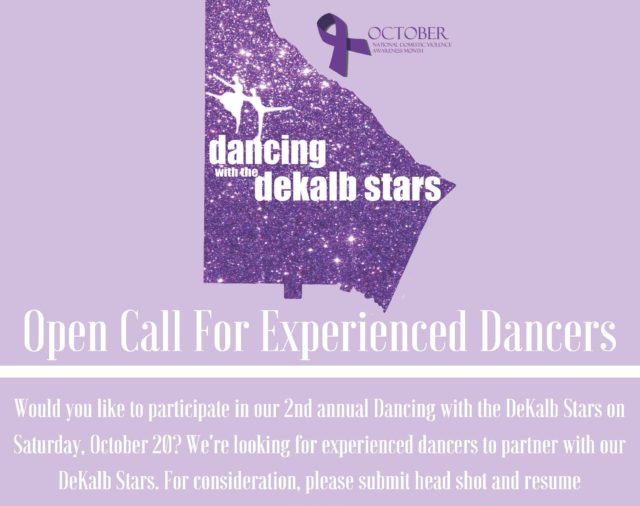 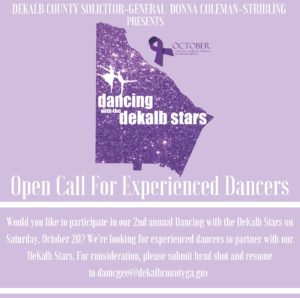 DECATUR, Ga. (June 26, 2018) – The Office of the DeKalb County Solicitor-General is looking for experienced dancers to partner with DeKalb “stars” participating in the 2nd Annual Dancing with the DeKalb Stars, Domestic Violence Fundraiser and Resource Expo. Those interested are encouraged to submit a headshot, resume and/or reel to Dionne McGee at damcgee@dekalbcountyga.gov by July 1.

Dancing with the DeKalb Stars is a dance competition featuring members of DeKalb County’s legal, public safety, business and civic communities. The “DeKalb Stars,” will partner with dance professionals to perform a routine and compete for two titles, “Judge’s Favorite,” and “Audience Favorite.” Proceeds generated through ticket sales and sponsorships will benefit the International Women’s House and the Women’s Resource Center to End Domestic Violence. The event is set to take place on Saturday, Oct. 20.

The inaugural Dancing with the DeKalb Stars saw an overwhelming response from the community with over 500 attendees and exceeding fundraising goals for the two benefitting non-profits. The event not only assists local non-profits, but gives dance professionals an opportunity to showcase their talent.