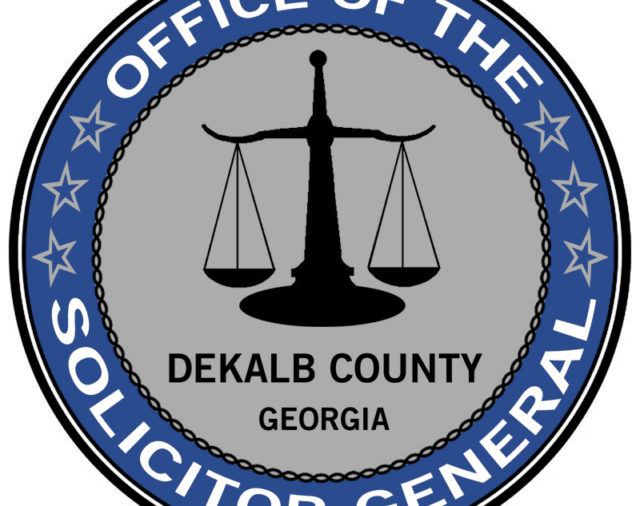 The goal of the contest was to engage students in a conversation about healthy relationships and how to prevent relationship bullying among teens.

Christian Livingston, a junior at Chamblee High School and an audio/video technology and film student of Hakim Felts, was selected by the Solicitor-General for her creative take on the isolation that takes place in abusive relationships.

“Ms. Livingston perfectly depicted the signs of isolation for a teen in an unhealthy relationship in 2018,” Solicitor-General Coleman-Stribling said. “We had so many impactful entries that we decided we wanted to select a piece that was unique, exemplified signs teens should look for and something this generation could relate to. Texting is how this generation communicates. As I watched her story unfold I immediately knew other teens would watch this and connect to it.”

Livingston was awarded the prom prize package, which included dinner for two, a gift certificate from Cinderella’s Gowns and The Men’s Wearhouse for attire for herself and a guest, and makeup services courtesy of Lynette Clove of Mary Kay.

The Office of the DeKalb Solicitor-General encourages any teen who is aware of or experiencing teen dating violence to reach out to www.loveisrespect.org, call the Hotline at 1.866.331.9474 or text “LOVEIS” to 22522 for assistance.